Our office opens regular office hours during COVID-19 Emergency.
Our Goal is
to make you whole
Contact Us Now For a Free Consultation 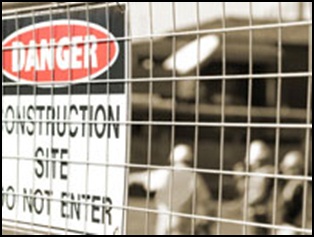 Accidents on the construction site come in a variety of forms.  The most common are falls, but equipment accidents, scaffolding failures, exposure to toxins, vehicle accidents, and burn injuries are frequently reported.

While most construction accidents give rise to an action under the Worker's Compensation system, under certain circumstances the injured worker can maintain a civil action outside Work Comp.  If the injury is the result of employer negligence and the company does not maintain Worker's Compensation insurance, the injured party can file a separate action, or if the injury was caused by a negligent third party.

What is a negligent third party?  Frequently on the job site there is interplay amongst the various contractors and subs.  For example, the framers may erect scaffolding, which may then be used by the dry-wallers, stucco people, painters, etc.  If that scaffolding were erected improperly and injured a painter, then a construction accident attorney in San Diego could help the painter bring an action against the scaffolding company, even though he would be bound to Work Comp in a case against his own employer.

There numerous third party possibilities.  If the equipment fails or is defective, it may be due to the negligent design, manufacturing, or maintenance of the equipment.  If the chemicals are improperly labeled, it may be the fault of the shipper.  If you have suffered a serious injury on the job site, it always a good idea to have the circumstances analyzed by an attorney.

Any serious injury involving work on a construction site of any kind should be thoroughly investigated.  What at first look might appear to be a workers’ compensation case, may very well be a viable case of third-party liability.

Walton Law Firm has successfully represented individuals who have suffered injuries on the construction site. If you have questions about an injury matter, please submit your confidential question online, or call Walton Law Firm for a free and private consultation. We can be reached toll free at 866-607-1325 or locally at 760-571-5500.

San Diego Injury Law Blog - Construction Accidents
Contact Us
Practice Areas
Client Reviews
★★★★★
"Walton Law Firm was amazing. Very professional, but personal. Having a lawyer to make sure that everything is taken care of removed so much stress." - Wayne G., Encinitas
★★★★★
"After my husband was killed in a motorcycle accident, Randy was there from the moment I first called." - Suzanne S., Escondido
★★★★★
"Calling Randy was the best decision I could have made. He got me an excellent settlement that covered all my medical bills and put a sizable chunk of money in my pocket." - Erik S., San Marcos
★★★★★
"Truly as good as it gets, if not beyond great, for Randy Walton and his paralegal Sarah Earnest. He and she are both incredibly dedicated to what they do and I never felt I couldn't trust him." - Natalie T., Lake Elsinore
★★★★★
"Randy is a great lawyer and a better person. He went above and beyond the call of duty to reach a settlement in my case. He believed in my case when no one else did." - David C., San Diego
View More
Submit a Law Firm Client Review